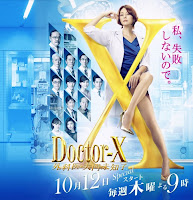 Oricon conducted a survey on 1,364 people from their teens to 50s between 11 September and 19 September whereby they chose which Autumn 2017 they are looking forward to watch. Dramas which were not announced by the TV stations before 5 September were not included in this survey and only dramas from the private networks and NHK were considered as candidates in this list.

There are two rankings here i.e. the primetime (7pm to 10pm) and midnight categories (shown after 11pm). Numbers in brackets indicate the overall weighted score in terms of anticipated ratings, leading actor/actress, supporting cast and content which account for 20 marks each. As such, the maximum score a drama can get is 80. The asterisk indicates dramas which are based on novels/manga so those without have original scripts.

Surprisingly, this is the first time that two dramas tied for the top spot with the maximum score of 80 marks. Although they are both medical-themed dramas, they have very different storylines. "Doctor X" features many difficult surgery scenes amid the underlying storyline of the internal power and money struggles within the university hospital while "Kounodori" focuses on the gynecology department where the doctors strive to provide the best obstetric care to their patients amid various challenges. Also worth noting is that TV Asahi and TBS hogged the top 5 spots in this ranking while NTV, FujiTV and TV Tokyo accounted for the rest of the slots. 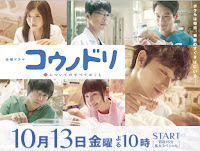