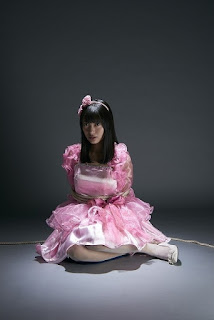 NGT48's member Kitahara Rie who will be leaving the group next spring, will be starring in the new movie "Sunny / 32" directed by Shiraishi Kazuya which will be shown in cinemas next February. The original story features Kitahara as the lead character Fujii Akari, a junior high school teacher who gets kidnapped on her 24th birthday by two men who call themselves Kashiwabara (Pierre Taki and Lily Franky). Being staunch fans of the legendary most cute murderer in history Sunny who was a young girl, the two men confine Akari to a house and call her Sunny as they torture her in various ways. Co-stars include Kadowaki Mugi, Otoo Takuma and Suruga Taro while Akimoto Yasushi is listed as the supervisor of this suspense movie.

Kitahara said that she was very happy to be able to mark the new start of her career in this movie and excited to be working with Taki and Lily who she described as very interesting and cute offscreen. On the other hand, Taki described this story reflective of Shiraishi's usual unpredictable style and praised Kitahara for going all out in her acting and having no complaints despite being made to stand for a long time in the snow during the filming. Lily also echoed the same view of Kitahara while joking that Taki and Shiraishi are still cute and detestable respectively.

The movie was shot in Niigata from 2 February to 19 February this year.