Eita and Ueno Juri will be working together for the 8th time in the FujiTV spring 2010 drama, "Sunao ni Narenakute" (I can't be frank) which begins its run in the Thursday 10pm slot from April. The drama will be produced by the same crew which produced "Last Friends", the last drama which Eita and Ueno worked together. The script is written by Kitagawa Eriko whose last work was "Sora kara furu ichioku no Hoshi" which starred Kimura Takuya and Fukatsu Eri.

The two of them are 2 of 5 main characters who come to know one another through the short message communication application Twitter and the drama depicts the process how they become true friends. Eita plays Nakaji who aspired to be a war photographer but starts to have second thoughts after seeing his father return injured from the war zone. On the other hand, Ueno plays a part-time teacher Haru at a private senior high school who feels frustrated at being unable to handle the demands of her job. Haru then meets Nakaji through Twitter where he subsequently falls for her but is unable to be frank about his feelings.

Tamayama Tetsuji and Seki Megumi also form part of the cast as Linda and Peach while the person to play the final character in the group has yet to be decided. Linda is the leader of the group and works in the publishing industry. However, despite his flashy appearance, Linda is troubled because he is suffering from erectile dysfunction (ED) at a young age. As for the character Peach, she is Haru's buddy who has an affair with her married superior.
Posted by Chiaki at 9:08 AM No comments: 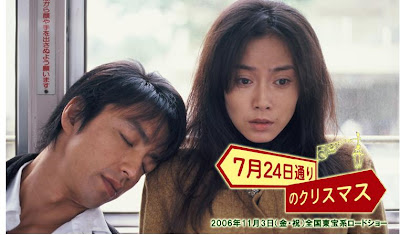 After watching JIN which saw Osawa Takao and Nakatani Miki's characters not having a happy ending i.e. Jin and Nokaze/Miki being apart from each other, I longed to watch the two of them together again and was trying to search for this movie which they worked together in 2006. As luck would have it, I happened to catch this movie showing on cable TV during the Lunar New Year break. Let me just describe the story briefly before I express my views about the movie.

Honda Sayuri (Nakatani) is an ordinary woman who leads a boring life in Nagasaki. Her joys in life are reading shoujo manga, imagining that she is living in Lisbon, Portugal because she sees similarities between her hometown and Lisbon and creating a prince ranking of the men in her life. She feels proud of her handsome brother Koji (Abe) but dislikes his girlfriend Megumi (Ueno) because she is the exact replica of Sayuri. As such, Sayuri doesn't think Megumi deserves to be with her brother.

One day, Sayuri reunites with her senior back in university, Okuda Satoshi (Osawa) and gets caught up in her fantasies as Satoshi asks her out on dates and things are progressing smoothly between them. However, Sayuri starts to get cold feet and wonders if she is deserving of Satoshi's love...

This movie is classified as a romantic comedy so there are funny moments like when Sayuri embarrasses herself when she is caught up in her imagination. The romance starts building up after she and Satoshi meet again. Frankly speaking, the mood is exactly what you would see in girls' comics i.e. dreamy, romantic and a tad unrealistic so it does get really mushy at some points. However, from the part where Sayuri starts to get insecure about herself, that's when it gets wishy-washy. As I watched her whine about being incompatible with Satoshi, I was hoping that Sayuri should get it over and done with quickly. It would have been better if the tempo was turned up and the story made more succint. It is a known fact that such stories will have happy endings so I guess most viewers would be more concerned with how they get together rather than to see them pining for each other.

Other than that, I felt that the story did not give the leads enough time to show some depth in Sayuri and Satoshi's relationship. Everything seemed to fall into place too quickly and suddenly went awry. The next moment, everything goes smoothly again. The challenge for movies is that they have to show a complete story within two hours while a drama has more room to develop the characters and storyline. As such, if you have watched JIN and are watching this movie after that, it is likely that you will feel dissatisfied with the chemistry between the leads. In actual fact, I felt that the couple played by YOU and Kohinata Fumio was more interesting than the leads' love story.

Coming to the merits of this movie, the scenery of Lisbon is a strong plus point. It lends a romantic and leisurely atmosphere to the movie which seems to be made to promote the place as a tourism spot. Other than that, some of the Christmas songs used as BGM are very good. No doubt I watched this movie months after Christmas, the music can really get you into that festiva mood again.

On the whole, if you are looking for a saccharine-sweet movie with lots of familiar faces in the cast, this is probably your cup of tea. Otherwise, adjust your expectations and don't hold the notion that this is going to blow you away. It is lacking in many areas but is still watchable.

And my ratings for this movie...
Story: 6 out of 10 (Sweet love stories don't really go down well with me unless I'm in the mood for romantic stuff)
Acting: 6 out of 10 (The story was pretty restrictive to allow for character development)
Theme song: 7 out of 10 (For the BGM and Christmas songs)
Visual effects / Scenery: 8 out of 10 (Lisbon is potrayed as a very appealing place but Nagasaki didn't get that much attention)
Teamwork / Chemistry: 6 out of 10 (I think Osawa and Nakatani had more sparks when they were in JIN. This movie simply didn't show their chemistry. Ueno and Abe were OK, not that fantastic and memorable though) 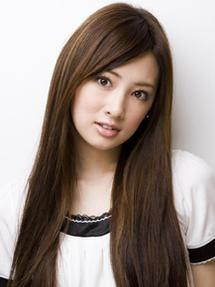 Top 5 male celebrities who women want to give chocolates to

Top 5 female celebrities who men want to receive chocolates from

Top 5 love songs to listen to on Valentine's Day

3) Love so sweet by Arashi

9) The Imaginarium of Doctor Parnassus