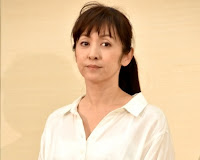 NHK announced on 21 Sep that Saito Yuki had requested to quit from the cast of 2018 Taiga drama "Segodon" through her agency as a result of her extramarital affair scandal. According to the TV station's website, Saito was supposed to play Ikushima who was Atsuhime's mentor after the latter married Tokugawa Iesada. After receiving the request, NHK assessed that it would be difficult for Saito to proceed with the filming so they agreed to the request and will be seeking a replacement. Filming for Saito's part was originally due to begin from November this year.

Saito admitted to her affair with her doctor on 11 September despite earlier denials that they were in a relationship when the first report about their affair surfaced in a weekly magazine. Besides quitting from "Segodon", it was also reported that Saito had submitted similar requests to au and Emi-net which had hired her as their CM personality. As the timing coincided with the expiry of the contracts, there would be no compensation to be paid to these companies.