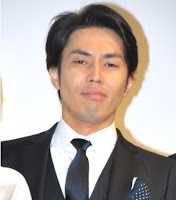 Hakamada Yoshihiko announced through his agency on 21 September that he and his ex-wife Kawanaka Ai had already finalised their divorce in early September. In the written statement, Hakamada revealed that the two of them had spent a lot of time discussing this and reached this decision together. As for his future plans, he stated that their daughter's interests will be placed above all and pledged to fulfill his duty to her. Last but not least, he apologised to everyone for the disturbance caused as a result of this matter. The custody rights of his daughter are held by Kawanaka.

Kawanaka also updated her blog with regard to this matter and said that she was sorry for disappointing everyone who she was indebted to. She acknowledged that the initial separation from her ex-husband was partly due to her lack of tolerance but still expressed thanks to him for giving her such a cute daughter. Going forward, they will continue to be parents to their daughter and support her to the best of their abilities.


Hakamada got married to Kawanaka in 2010 and their daughter was born in February the following year. However, Hakamada was exposed by "Shuukan Shincho" in January this year for having an affair with gravure idol Aoyama Maasa and he apologised then for what he did and admitted that he had been living separately from Kawanaka since 2014.