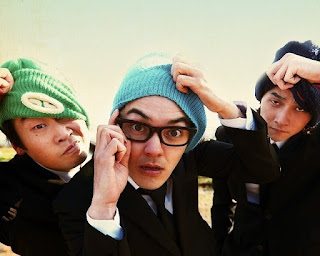 Hayashi Kento will be starring in the new movie "Cherry Boys" based on the same-titled manga by Koizumi Tomohiro which was published in 2000. The story features him as the lead character Kunimori Shinichi, a 25-year-old virgin and a self-centred and pretentious man. Along with two other virgins of the same age i.e. Yoshimura Tatsuya (Yanagi Shuntaro) and Takasugi Makoto (Maeno Tomoya) who also live in the same suburban city, the three of them who can't stop thinking about women and age despite their lack of progress in their work and love lives, hatch an outrageous plan to change their destinies.


Hayashi commented that when he read the original manga, he was drawn strongly to the story which gave a lot of courage to him as the group of cherry boys in their mid 20s try to overcome their deficiencies and inferiority complexes just before they are about to give up on their lives. As such, he hoped that the audience will be able to empathise with the troubles of these young men and how they try to overcome their problems. As for Yanagi, he reflected on the filming which ended about 6 months ago and said that it brought back memories of his younger days and they were very sad as the approached the end of the filming. Last but not least, Maeno said that the staff and cast had put in their all for this movie and hoped that everyone will be able to watch this film which discusses the theme of virginity in a serious manner.

Filming of the movie took place from late March to early April in Kanagawa Prefecture and the film will be shown in cinemas from 17 February 2018.