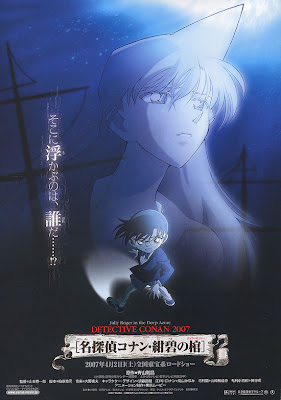 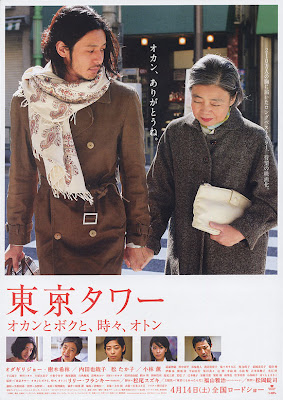 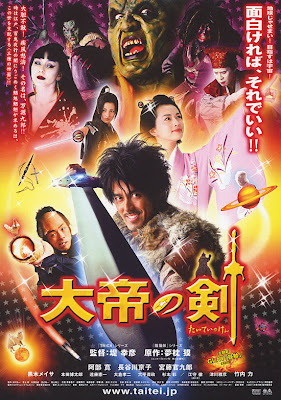 Takamura Keita and his girlfriend Eren are in a French resort located in Nice, enjoying a romantic holiday. Eren is a 20-year-old university student who's exactly half of Keita's age and was born in France. Their holiday to France also includes a visit to Eren's family who are still living there.

On the eve of his meeting with his prospective in-laws, Keita happens to meet his ex-girlfriend, Rie on the streets of Nice. They had broken up during their university days and had not seen each other since then.

The next day, Keita goes to the winery owned by Eren's parents and meets her father and 3 younger sisters. He gets the shock of his life when he realises that Rie is Eren's mother! However, he tries to reassure himself that everything will be fine since Rie is staying in France while he will be living with Eren in Japan after the wedding.

When Keita returns to Japan with Eren, a series of happenings cause him to be in a fix i.e. the reduction of staff in his department and being one of those on the tentative retrenchment list. Unknown to him, something worse is going to take place in his life...
Posted by Chiaki at 4:56 PM No comments: 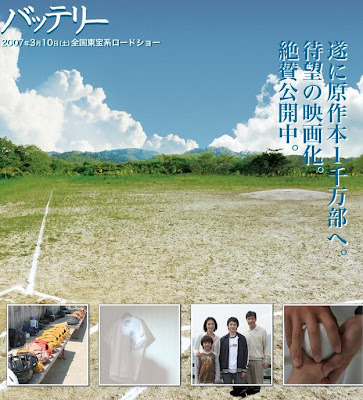 8) One Piece Episode Of Arabasuta

10) Mush King Super Battle Movie
Posted by Chiaki at 11:25 AM No comments: 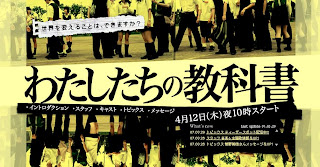 In a junior high school classroom, an unexpected incident happens when a student falls off from a building. Shocked by the suddency of the matter, the teachers are in a frenzy, trying to establish the cause. To make things worse, the student belongs to a class which has a new temporary staff as their form teacher thus he is unaware of what he should do under such circumstanes. In the midst of the investigation, a female lawyer Tsumiki Tamako appears to challenge the school about this seemingly-simple accident...
Posted by Chiaki at 8:28 PM 1 comment:

Email ThisBlogThis!Share to TwitterShare to FacebookShare to Pinterest
Labels: Watashi tachi no Kyoukasho 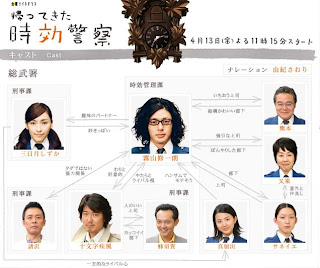 Episode 1: 嘘は真実を食べる怪物だと言っても過言ではないのだ！(It is not exaggerating to say that lies are monsters which eat up the truth!)

Mikatsuki and the rest at the Jikou Kanri department (Legal time limit department) feel that it was a pity that Kiriyama gave up investigating of those "expired" cases due to lack of funds since a year ago. One day, Kiriyama comes across a murder case of a member of parliament Fukuhara Kenichi which has since expired and feels a strong interest to find out more on this especially after he gets a tidy sum of money by chance to finance his investigation. He brings Mikatsuki along to meet a newscaster Enoda Misako who was the first one to reach the crime scene and had interviewed Fukuhara's secretary Kendo Kiyohiko at that time. Kendo was wrongly accused of being the murderer but his innocence was proven by Enoda later. Kiriyama starts to wonder what Enoda is hiding especially after speaking to her on this case...
Posted by Chiaki at 8:34 PM No comments: