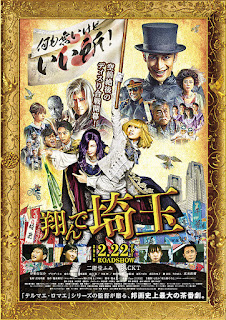 Source: Eiga.com
Posted by Chiaki at 1:58 AM No comments: 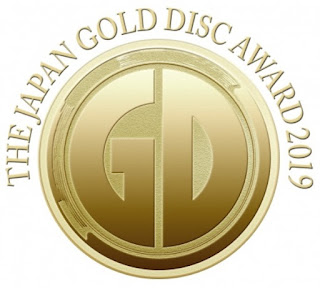 Here is the list of winners for the 33rd Japan Gold Disc Award 2019:

Source: Oricon
Posted by Chiaki at 1:32 AM No comments: 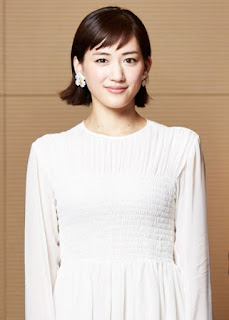 Oricon conducted a survey on 1,000 people from their teens to 50s where they were asked to choose their favourite comédiennes (actresses playing comedic roles). The overall winner Ayase Haruka swept across all age groups except for the teenagers who preferred Hashimoto Kanna:

Source: Oricon
Posted by Chiaki at 12:22 AM No comments: 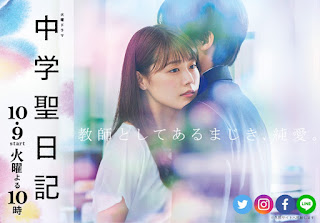 Source: The Television
Posted by Chiaki at 1:32 AM No comments: 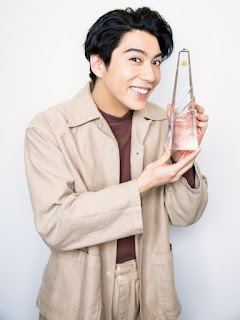 Source: The Televison
Posted by Chiaki at 1:21 AM No comments: 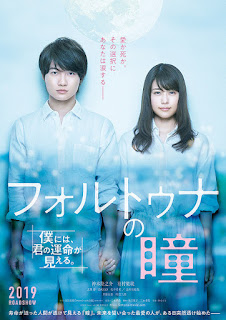 Source: Eiga.com
Posted by Chiaki at 12:47 AM No comments: 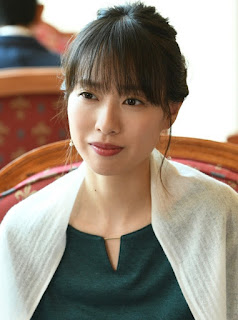 Source: The Television
Posted by Chiaki at 10:27 PM No comments: 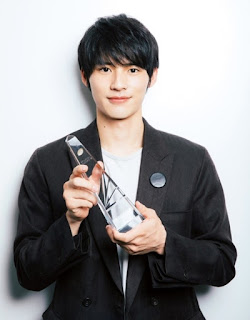 Source: The Televison
Posted by Chiaki at 12:51 AM No comments: 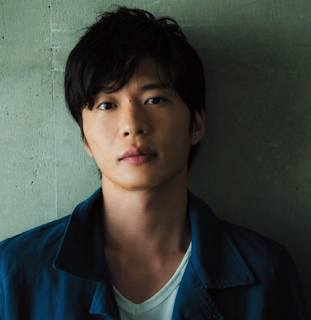 Oricon conducted a survey on 500 female respondents in their teens to 50s where they selected the male celebrity who they wished to have as their boyfriend. It seems that women in different age groups have varying preferences as the eventual winner Tanaka Kei won the hearts of those in their 20s and 40s while Nakamura Tomoya was the No.1 for teenagers, Ikuta Toma for those in their 30s and Dean Fujioka the favourite among those in their 50s. Tanaka Kei also made history by being the first person to get the No.1 spot on his first entry into the top 10 and the first married celebrity to grab this title:

Source: Oricon
Posted by Chiaki at 12:23 AM No comments: 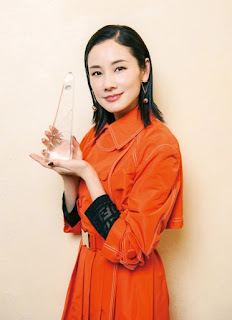 Source: The Televison
Posted by Chiaki at 1:48 AM No comments: 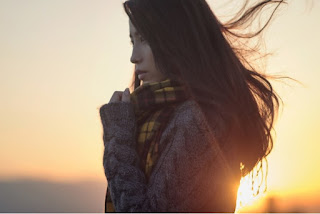 Source: The Televison
Posted by Chiaki at 12:24 AM No comments: 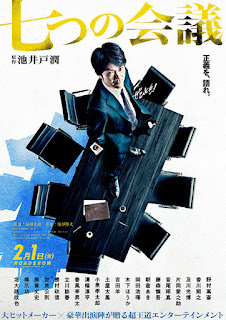 Source: Eiga.com
Posted by Chiaki at 11:00 PM No comments: 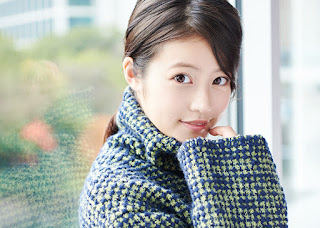 Oricon conducted a survey on 1,000 respondents in their teens to 50s where they selected the actress who they felt would scale new heights in 2019. Just like Ito Kentaro, Imada Mio was the winner across all age groups thus making her the overall winner.

Here is the list of the top 10 actresses who received the most votes:

Source: Oricon
Posted by Chiaki at 1:24 AM No comments: 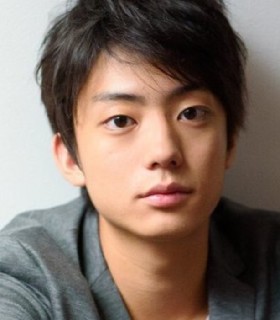 Oricon conducted a survey on 1,000 respondents in their teens to 50s where they selected the actor who they felt would scale new heights in 2019. The overall winner Ito Kentaro who swept through all the age categories as the top favourite, used to go by his first name Kentaro only when he was a model and made his acting debut in the drama version of "Hirugao" until he switched to using his full name in 2018.

Here is the list of the top 10 actors who received the most votes:

Source: Oricon
Posted by Chiaki at 12:37 AM No comments: 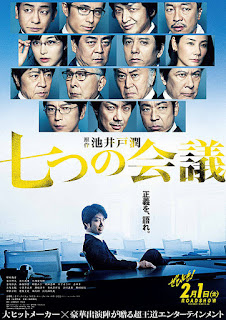 Source: Eiga.com
Posted by Chiaki at 3:40 PM No comments: 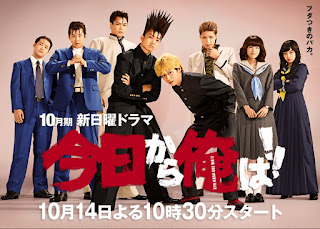 Source: Oricon
Posted by Chiaki at 1:37 AM No comments: 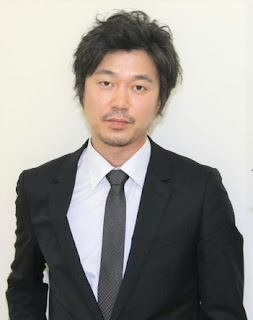 Yet another promising actor in trouble for a sex scandal! Sometimes, you really wonder why these people don't think of the consequences and squander the careers which they built up so painstakingly over the years with just a single action. And why do they think they can get away with things and pretend as if nothing has happened all this while? Haven't he seen enough examples in the past about how such sex scandals can kill someone's career overnight?

According to reports, the victim had reported the case right after it happened in July last year so for as long as six months while investigations were ongoing, this guy had been living as usual i.e. doing his filming while still making lewd jokes and suggestive comments online. Well, to give him the benefit of the doubt, he might not have known that he was being investigated for this case but wouldn't he have the slight realisation that he actually did something wrong when it happened? Surely you can't blame the fact that you were intoxicated when you did that?

Much as I think that it is a pity for such talent to be wasted in this manner, if it is indeed proven that he did commit the rape, it's going to be near impossible for him to return to acting. I just pity the people who worked with or are working with him. They are going to be affected really badly because this guy is involved in various projects here and there. And every time something like this happens, innocent people have to bear the consequences one way or another just because of their association with him. Sigh!

Since there are so many articles out there about his case, I'll just extract the key points here so that you can understand what this is all about and who will be impacted by his arrest. Of course, the situation is going to develop over time so we'll probably hear more about it when Arai gets released from custody.

- The alleged rape supposedly took place on 1 July 2018 around 2am when the victim in her 30s who works as a dispatch massage therapist, was hired to provide massage services at Arai's apartment in Setagaya Ward, Tokyo. She immediately went to the police for advice on the same day and filed an official police report in late August 2018. Police investigations went on for about 6 months and there were rumours that Arai was previously questioned by the police in December 2018.
According to the police, Arai allegedly used force against the victim such as pressing on her head when the offence took place. In addition, he had been given a document to sign before the massage service began where it was clearly stated that there would be no sexual services provided by the therapist and she had explained that to him as well before he signed it. Although Arai reportedly admitted to the allegation in general, he disagreed with some parts such as the use of force on the victim. He was said to be alone at home that day and was drinking alcohol when the victim visited his place.

- At 9am on 1 February 2019, the police went to Arai's apartment for investigations and got him to follow them to the HQ of Metropolitan Police Department (MPD) in Kasumigaseki for official questioning on a voluntary basis. He arrived there around 12.30pm and was said to have admitted to the key facts of the case. As such, the police got an arrest warrant issued around 5pm and officially arrested him at 7pm.

- When news of Arai's residence being raided and him being called up for questioning first surfaced, his agency Anore didn't know about it until they saw the news and revealed that they didn't manage to contact Arai at all. Subsequently, Anore issued a statement saying that they are still trying to find out more about the situation and regretted that a situation like this arose before apologising to the victim and all parties affected by Arai's arrest. They pledged to deal with the issue with the utmost sincerity once the situation becomes clearer and they find out all the details regarding his case.

- If found guilty, Arai is liable for imprisonment of more than 5 years.

- Arai has 2 movies lined up to be released this year:
1) "Taifuu Kazoku" was filmed in summer last year and post-production has been completed in time for the original release date in June. The movie company Kino Films has announced via its official Twitter that the release of this movie will be postponed until they wait and see how the case develops over time.
This movie features Kusanagi Tsuyoshi in the leading role and co-stars include MEGUMI, Nakamura Tomoya and Ono Machiko etc.
2) "Zenaku no Kuzu" which featured Arai and Hayashi Kento as double leads, wrapped up its filming in December last year and editing was completed in January this year. The movie company commented that they only heard of his arrest through the news and are trying to find out more about the situation before making a decision on the movie's fate.

- Arai has a variety show "Utsukushiki Sakenomitachi" on BS Fuji where he goes to seek out various drinking places in Japan based on feedback from Twitter users but the next episode featuring Fukui on 10 February will be replaced with another programme. Another episode featuring Okayama originally scheduled to be shown via FujiTV on 6 February will also be replaced with something else.The official website has been made inaccessible since the news broke.

- FujiTV is supposed to do a rerun of the drama "Pride" from 4th to 6th February and will be editing Arai out of the broadcast.

- The media has also "dug up" past instances of Arai making seemingly suggestive and lewd remarks on his Twitter account such as his open call for crude jokes on 29 October at10 minutes before midnight which was 4 months after the alleged rape took place or commenting that Yamamoto Mizuki's legs looked erotic to him in response to her online post on 27 November asking fans to choose their favourite among 4 potential cover pages for her new photobook. Of course, he might have been joking around with no malice intended but the timing of such comments after the alleged rape doesn't reflect too well on him.

- And no thanks to this case, Arai's past and current girlfriends are in the limelight again. He was caught dating Ikewaki Chizuru back in 2004 by a tabloid and her agency admitted then that they were an item. In 2007, he was romantically linked to singer Sakamoto Miu who is the daughter of Sakamoto Ryuichi. In March 2013, he was found to be dating Nikaidou Fumi who was only 18 years old at that time. The two of them reportedly started dating after working on the movie "Himizu" but they broke up in December 2014. In May 2016, he was said to be dating Kaho and she admitted that things were going well between them during a public appearance in August the same year.

- One of Arai's close friends i.e. Muro Tsuyoshi posted a message on his Twitter which was said to be in response to his friend's arrest. He began by saying that people would usually think that it is a bad idea to be posting on Twitter at such a time but he is prepared to give "someone" a dressing down if that person admits to him that he did something wrong. However, there are things which haven't been confirmed yet so for now, Muro will still drink with that person as usual when the latter is able and ready to do so.