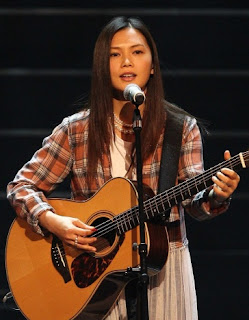 Yui was said to have divorced her husband earlier this year according to media reports on 25 October. The couple got married in late March 2015 and their twin sons were born in August the same year. According to insiders from her record company, the divorce was finalised in late August and yui has the custody rights of her sons. The couple had separated for a while and reached the conclusion of going ahead with the divorce after repeated discussions. Although there were no details on what led to the divorce, insiders said that there were irreconcilable differences between the two of them.


Yui made her debut as a singer in 2005 with the song "feel my soul" and took on her first movie "Taiyou no Uta" in the following year. She appeared on the NHK Kouhaku for the first time in 2012 before she suspended her solo music activities and formed the band FLOWER FLOWER in 2013.  Since announcing in March 2014 that she was suffering a panic disorder, Yui has been taking a break from work and released her first single under the name of her band in September last year. In June this year, she performed in a concert for the first time in three and a half years.