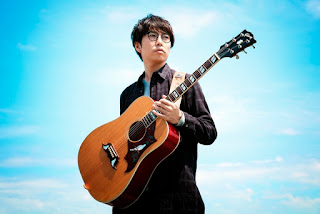 Takahashi Yu will be singing the theme song for TV Asahi Autumn 2017 drama "Otona Koukou" which will be released as his new single on 22 November. The song is titled "Reportage" which means on-site report by journalists in French. Takahashi commented that the rock number is a real-time reflection of what he sees through his eyes.

"Otona Koukou" features Miura as a 30-year-old elite salaryman Arakawa Hideto who works at a top bank after graduating from University of Tokyo. On the surface, he has everything in life but nobody knows that he is still a virgin and has zero dating experience even though he actually craves for love and sex. As the government wants to deal with the problem of low birth rates, a new law mandates that anyone who is above the age of 30 but has no sexual experience i.e. a group of people nicknamed "Yaramiso" which literally means reaching 30 without having done it, will be sent to an adults' senior high school. The sole condition to graduate from this school is that the person must have lost his or her virginity. Hideto is aghast to get sent to this high school against his will and does not even know how the government found out about his virgin status. In order to get out of this fix, Hideto has to learn about romance in this school and aim to graduate as soon as possible. However, his arrogance and pride gets in the way as he loves to look down on people, analyse people too much, show his boredom blatantly during a date which makes it look virtually impossible for him to graduate. While learning from his fellow classmates in their 30s to 50s who are equally clumsy in love like him, Hideto experiences a renewal of his teenage years and becomes a better person as time goes by.

The drama will begin its run from 14 October.