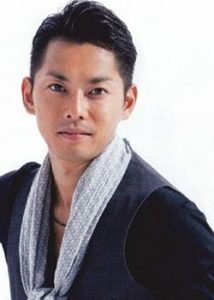 Imai Tsubasa will be making his big screen debut in the new movie "Owatta Hito" starring Tachi Hiroshi and Kuroki Hitomi which will be shown in cinemas from 9 June next year. The comedic movie features Tachi as the lead character Tashiro Sousuke who worked in a major bank and looked like he was on the path to success when he got transferred to a subsidiary and is about to retire without any achievement to his name. However, having been so focused on work over the past few decades, Sousuke desires to continue working or else he won't be able to continue living with a purpose. Without any special skills, he can't find anything in particular to do. Upon seeing this, his wife Chigusa (Kuroki) who works as a hairdresser and his daughter jokingly suggest that Sousuke should find someone to date. Coincidentally, Sousuke indeed finds someone who he is interested but things do not turn out the way he wants and his life starts to take on an uncontrollable twist.


Imai plays the role of the president of a IT company who has an impact on how Sousuke finds his second goal in life after they meet at a sports gym. In order to prepare for the filming, Imai lost 3.5kg over 2 months for the filming which took place from early August.

In line with the theme of the movie, Imai was asked if he had another goal in life. He commented that he has been in Johnny's Jimusho since he was 13 and cannot imagine moving to another agency or doing anything other than singing and acting in future.