On the last day of 2006, I would like to thank those who have visited this site and given your valued comments about the content here. Although I've been very busy these few months and could hardly find time to provide regular updates, I hope to rectify this situation or at least post something once a week within my capability. In the meantime, I can only hope for your continued support and patience especially when I am unable to post regularly.

To round up the year, I will post a recap of my favourites and dislikes in 2006 within the next few days so do feel free to post your comments when the features are up!

Till then, see you again and may you have a great year ahead!
Posted by Chiaki at 9:30 PM No comments:

Email ThisBlogThis!Share to TwitterShare to FacebookShare to Pinterest
Labels: Notices 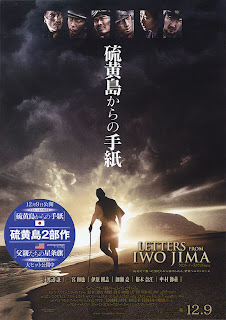 7) The Devil who wears Prada

Actually, I had my reservations about watching this drama despite the fact that I really do like watching Kusanagi Tsuyoshi's acting. The issue stems from the fact that this drama is the third part in the Boku series (previous instalments were Boku no Ikiru Michi & Boku to Kanojo to Kanojo no Ikiru Michi) and I was afraid that the production quality wouldn't be as good as the previous versions. In addition, the female leads paired with Kusanagi do not really match up to him in terms of acting skills so I was apprehensive about seeing Kusanagi take up the burden of holding the entire drama together. Although Yada Akiko turned out to be OK in the first series, I don't really feel the same way towards Koyuki. Given that Karina has always been restricted to supporting roles, it really makes me wonder if she's up to the task of being the female lead at this point in time. And the fact that a lot of the cast members have already appeared in prior versions of the Boku series thus reducing the novelty appeal.

Kusanagi plays the autistic Ootake Teruaki who has just quit his job at a bento shop because of discrimination from his fellow colleagues. As such, he is reluctant to work again for fear of such treatment from others. His mother, Rie tries to encourage him to try again but Teruaki is still resistant to the idea after all. As such, Rie knows that it's futile trying to force Teruaki and tells him to take a rest for the time being.

In Teruaki's family, he also has an elder brother Hidenori, sister-in-law Maki, nephew Koutarou and younger sister Rina. Hideharu thinks that it's better for Teruaki to work in a place for the disabled, Maki doesn't really think well of Teruaki while Rina doesn't seem that close to Teruaki, at least from what it seems from the first episode.

Teruaki seems to have a strong liking for the colour yellow as seen from his pictures in his room, his jacket and his tie worn during the interview. Besides that, he can be really insistent about getting some things done properly like how he kept pressing Rina for her morning greeting before he answered her question. The drama shows some of the characteristics of autistic people e.g. how they don't seem to be able to look at others in the eye and their persistence about certain routines in their lives. As such, it does take a lot of patience for the people around him to adapt to Teruaki's pace and style of doing things.

Miyako (Karina) introduces Teruaki to work at the zoo but this isn't without any problems. Some of the people around him have to learn how to give instructions while there are some who seem very resistant to the idea of having Teruaki around right at the start especially Koga. He might have a reason for being biased about Teruaki's autism though. In addition, due to the fact that Teruaki keeps giving problems, this causes Miyako to be interrupted at work many times.

Teruaki has a very strong belief in Miyako and thinks that she will never be nasty towards him. This causes some worries in Hota, Teruaki's doctor when he hears about how Teruaki feels about Miyako. However, it just happens that Miyako is feeling frustrated about her relationship with her married boyfriend Kawahara and has to be called back to work because of Teruaki's mistake so she flares up at Teruaki. As such, this just goes to show that there's no guarantee that everyone can treat Teruaki with the same level of patience at all times so it takes effort for Teruaki to learn how to get along with others and vice versa.

After watching this episode, this turned out to be better than expected. The production quality is as good as the previous productions but I think this demands Kusanagi to put in more effort in trying to potray an autistic guy. I can't say that I like Teruaki at this moment so I'll probably judge which of the three characters from the Boku series is my favourite by the end of the season.

The biggest surprise was seeing Karina do better than I thought. I don't know if this has to do with Kusanagi pulling his female leads along the way but it seems like Karina was able to convey her feelings of being stuck in a relationship which seems to be headed nowhere. It's easy to sympathise with her especially when she has to devote more attention to Teruaki so that he can adjust to the demands of the job.

Anyway, I will probably continue to watch this for a while unless something puts me off.
Posted by Chiaki at 7:22 PM No comments:

Email ThisBlogThis!Share to TwitterShare to FacebookShare to Pinterest
Labels: Boku no Aruku Michi

At the beginning of the episode, Kuwano is cleaning his apartment with such enthusiasm as if he enjoys doing housework very much. In actual fact, he's so particular about cleanliness that he never allows anyone to enter his house. Comparing this with Hayasaka who hates doing housework, the two of them clash again over their differences with Hayasaka being offended by Kuwano's senseless remarks again.

What's more interesting is to see Kuwano doing things which seem rather illogical as he tries to stick to his perfectionist principle. For example, he is busy with work and only has a pack of noodles to make do with for dinner. However, he can't bring himself to eat it without any sauce and goes to the supermarket to purchase the seasoning. Then again, he doesn't like the idea of having ready-made sauces and goes to the extent of purchasing fresh ginger which he needs to grate. When he realises how much time he is wasting in the process, the expression on his face really makes me laugh!

The main issue this round is Kuwano overworking himself and falling sick in the process. However, he continues to put on a brave front and even tries to work despite his condition. He ends up breaking his own rule of refusing entry to anyone into his house and has to let Hayasaka in for a consultation. Well, he didn't actually let her in out of his own will but rather she made use of a chance to get in and didn't give Kuwano a reason to say no. In any case, this also signifies a slight improvement in their "relationship" since Hayasaka has become the first woman to step into his apartment.

Frankly speaking, I really can't stand a cleanliness freak like Kuwano. In my opinion, he's going overboard with the cleaning. Well, a guy who is willing to do housework is appealing in a sense though but too much of everything isn't good after all. And he keeps trying to insist on things which seem meaningless and these end up complicating or worsening the situation. As such, I just don't see any significant improvement in Kuwano's ability to get hitched after 5 episodes.
Posted by Chiaki at 6:00 PM No comments: 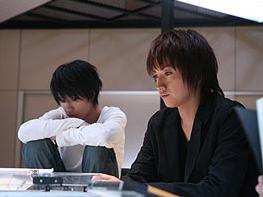 2) The Devil who wears Prada

3) Flag of our Fathers

10) Shichigatsu Nijuuyokka Doori no Christmas
Posted by Chiaki at 1:14 PM No comments: