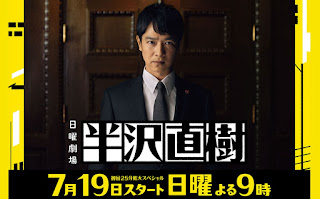 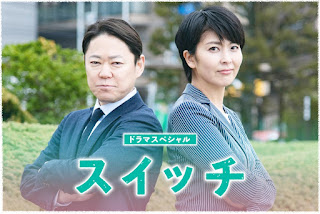 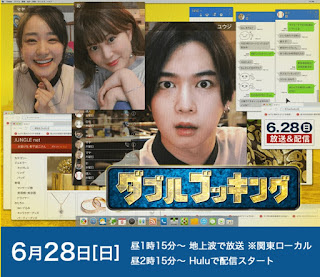 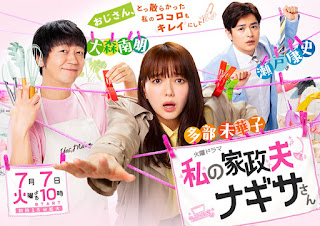 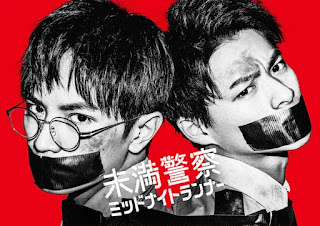 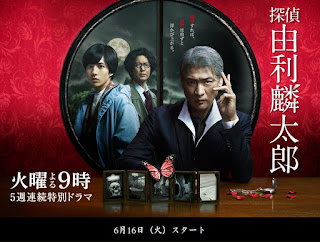 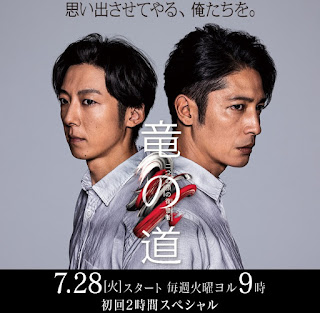 Email ThisBlogThis!Share to TwitterShare to FacebookShare to Pinterest
Labels: Ryuu no Michi Futatsu no kao no fukushusha, Spring 2020 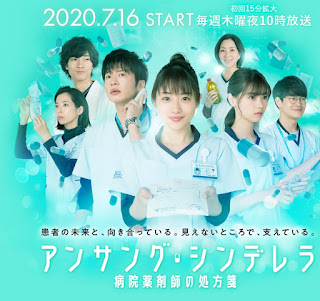 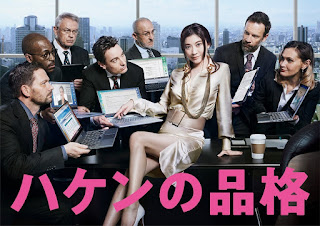 Email ThisBlogThis!Share to TwitterShare to FacebookShare to Pinterest
Labels: Haken no Hinkaku 2, Spring 2020 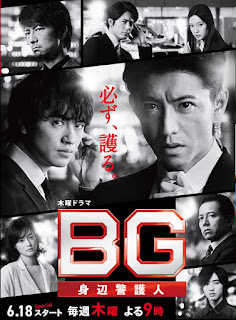 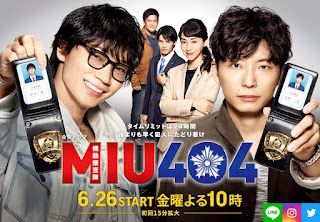 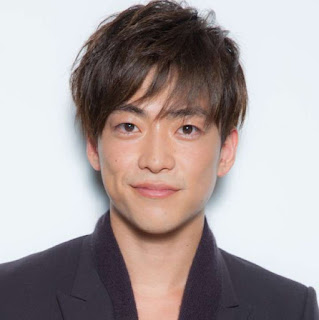 To begin with, I am not too familiar with Daito Shunsuke and his works and have to admit that the only thing that I remembered about him was that he was previously romantically linked to Mizukawa Asami. As such, I didn't really have an opinion about him. However, his revelations to News Post Seven in late May turned out to be so surprising - not only has he been married since 2015, he had a shotgun marriage, got married under the condition that he wouldn't live with his family, has three sons now and kept Mizukawa in the dark about his marital status right till they broke up. Wow, I have to admit, this is a bit too much to take at one go.
It's not apparent whether Mizukawa knew about this report beforehand but if she didn't, I feel bad for her name to be mentioned here after all these years (she's already happily married now and certainly doesn't need this kind of publicity) and how she was lied to during their relationship, from start to end. Although I do empathise with Daito for a difficult childhood which affected his views on marriage and family, there are many others who may have similarly challenging circumstances but do not behave in this manner. Ultimately, if his wife can accept him for who he is, that's none of our business. However, the thought of him pretending to be single all this while and even dating someone openly while being married just leaves a bad aftertaste.
As usual, I will just summarise the key points mentioned in the article:
- The reporter caught Daito, his wife and their three kids returning home by car during the weekend in the last week of May. When he was approached, Daito spent a good 2 hours talking to the reporter about his marriage, family and past relationship with Mizukawa Asami.
- Daito and his wife who is of the same age as him, registered their marriage in December 2015. They met through mutual friends and she is a housewife now to take care of their children full-time. At the time when they found out that she was pregnant with their first son, she asked him if he would change his mind about family and marriage. Daito apologised to her and said that he couldn't live with her. She accepted this condition when they registered their marriage and she gave birth to their first son in 2016.
- Daito's attitude towards marriage and family is said to be due to his difficult childhood. When he was in primary 3, his father disappeared and when he was in the second year of junior high, his mother also did the same. Being an only child with nobody to depend on, he had to depend on the loose change in his house to buy snacks. When he ran out of money, he got bread from his form teacher in school. Later on, he was raised by his aunt.
- Daito claimed that he had a phobia towards the word "family" and he couldn't stand the thought of having anyone waiting for him at home. As he knew firsthand what it meant to be in a dysfunctional family, he didn't want his children to experience the despair of losing something that they had in the first place. Thus, this was why he didn't want to live with his family. He said that getting married was his way of taking responsibility and he tried to support his family while living his own way. Although he met up with his family frequently, he didn't live with them.
- Daito revealed that the second pregnancy was a planned one because he wanted his eldest son to have a companion and make up for the fact that he couldn't be with them all the time.
- As for why he did not come clean about his marriage and kids, Daito admitted that it was meant to protect himself and he mistakenly thought that he could be free as long as he kept this under wraps. He also felt that if the truth was made known, it could cause trouble for his wife and their kids.
- With regard to his relationship with Mizukawa Asami who was romantically linked to him in 2016, Daito was already married at that time. He never came clean with her about his marital status even up till the time they broke up.
- Daito did think about what would happen if the truth came out. As such, he also kept this hidden from everyone around him including his respected seniors like Shofukutei Tsurube & Nakai Kiichi who doted on him, his friends from his hometown and even his aunt who raised him.
- Daito started to have a change of mind from last year when he had an opportunity to chat with Tsurube and was advised by the latter not to let his past stop him from moving forward in life. It was then that he felt ashamed of what he tried so hard to hide. The COVID-19 pandemic also made him think that he shouldn't run away from his personal weakness and make more excuses. He then called his wife's parents to explain things before the whole family moved to a new place in April this year.
Posted by Chiaki at 11:02 PM No comments: