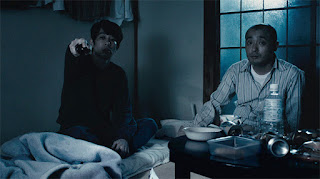 Emoto Tasuku's directorial debut film "Moonlight Shimoochiai" will be shown for a limited period of 1 week from 11 November at Shibuya Euro Space. The short film which is based on the play by Gekidan Tokyo Kandenchi's Kato Kazuhiro, features Kase Ryo and Uno Shohei as the leads.


The story is set at a small apartment in Shimoochiai, Tokyo, where two men spend several hours late at night talking. Emoto who has experience making short films in the past, was interested in the original play and got his close friends Kase and Uno to play the leads.

On the first day of the screening, Emoto and his cast members are expected to make an appearance to meet the audience. During the screening period, there will be an introduction to Emoto's past works and talk events involving some special guests so details will be announced on the theatre's website.