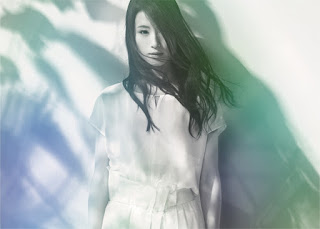 Female singer Uru will be singing the theme song for TBS Autumn 2017 drama "Kounodori 2" starring Ayano Go which will begin its run from 13 October. The song titled "Kiseki" (Miracle) is a ballad which was written by Uru specially for this drama and arranged by composer Tomita Keiichi. It will be released as a single on 8 November while the coupling song in the same CD will be a cover version of the theme song for the drama's first series i.e. "Anata ga koko ni ite dakishimeru koto ga dekiru nara" originally by miwa. The CD jacket for the normal version will be a drawing of Kounodori Sakura (Ayano) by Suzunoki Yu, the author of the manga which the drama is based on.

Uru expressed her joy in being able to sing the theme song for this drama and revealed that while writing the lyrics, she thought of the miracle when a new life is born and how people view the birth of a new life with so much importance. As such, she hopes that many people will be able to get the message of the drama while listening to this song.

Uru set up her official YouTube channel in 2013 where she uploaded videos of herself singing but did not reveal her real name, location, age and even her face in them. She made her official debut in April last year and this is her first theme song for a drama.