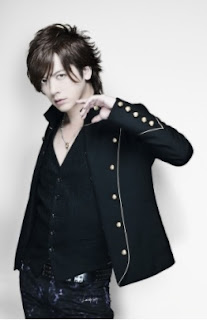 DAIGO will be appearing in NTV & Yomiuri TV Autumn 2017 drama "Black Revenge" starring Kimura Tae which begins its run from 5 October in the Thursdays 11.59pm timeslot. Kimura will be playing a capable report writer Saori who works for a weekly magazine on a contract basis. Her husband Terada Keigo is driven to commit suicide due to a baseless scandal so Saori tries to find the culprits who are responsible for this and take revenge for her late husband. While investigating the truth behind her husband's death, Saori also has to come to terms with the secrets Keigo had been hiding from her. Co-stars include Sato Jiro, Horii Arata, Okano Maya, Nakamura Eriko and Suzuki Sawa.

DAIGO plays the role of Shirota who is hired by Saori's boss and the chief editor of the tabloid Tenma (Hirayama Hiroyuki) to investigate Saori and threaten her. DAIGO commented that this might be his last drama in his 30s so he's very excited about being able to play this role which allows him to use something that he doesn't use normally. As such, he called upon the viewers to check out this drama. With regard to working with Kimura, he said that he is honoured and very happy to be able to join her again this time because they had no scenes together when they worked on a drama in the past.