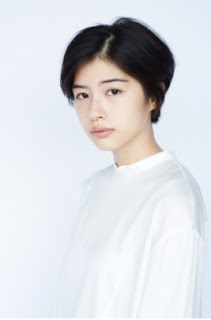 Sakuma Yui will be appearing in the upcoming FujiTV Autumn 2017 drama "Ashita no Yakusoku" starring Inoue Mao which begins its run from 17 October in the Tuesdays 9pm timeslot. This original story features Inoue as the 29-year-old lead character Aizawa Hinata who works as a counsellor at Tsubakigaoka Senior High School and aims to be the last adult who the students can depend on other than their parents and teachers. However, while devoting herself to the pyschological care of her students who are struggling with problems in school or at home, she is troubled by her own relationship with her hysterical and emotional mother who intervenes too much into her life. Just then, Hinata gets a confession of love from a male student named Yoshioka Keigo who had been skipping school and was being counselled by her but is shocked to find out on the following day that he died under mysterious circumstances. While trying to find out the truth behind this case, she comes face-to-face with the darkness of human beings and discovers what is most important about living and how a parent-and-child relationship should really be like.

Sakuma plays the childhood friend of Keigo named Shirai Kasumi who quit the school he attended 2 years ago and is going to a dance school while working part-time at a supermarket. Even after quitting from high school, Kasumi has been in contact with Keigo and knows a secret of his that nobody else is aware of. As such, Kasumi is believed to have a clue as to why Keigo suddenly committed suicide. With regard to her character, Sakuma described Kasumi as someone who does not show her feelings easily and is very sensitive about various things. As such, she will try her best to play Kasumi with the advice of the staff members and hopes that everyone will support this drama.