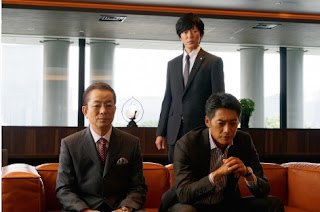 Tanabe Seiichi will be the guest in the first episode of TV Asahi Autumn 2017 drama "Aibou season 16" which begins its run from 18 October in the Wednesdays 9pm timeslot. He will play the role of Tabuse Junji who is a prosecutor tasked to investigate an intimidation complaint made against Sugishita Ukyo (Mizutani Yutaka) and Kaburagi Wataru (Sorimachi Takashi). The case begins as a result of a serial murder case where a tycoon is accused of being the culprit. Sugishita, Kaburagi as well as Itami Kenichi (Kawahara Kazuhisa) and Serizawa Keiji (Yamanaka Takashi) are accused of forcing a confession out of this tycoon but the police refuse to admit that there was any wrongdoing and ignores the complaint. However, Kusakabe Yahiko (Enoki Takaaki), the administrative vice-minister from the Ministry of Law, gets wind of this case and orders Tabuse to conduct a secret investigation. Kusakabe used to be Kaburagi's superior at the ministry and were very close but their relationship had changed for the worst after the latter becomes a police officer and forced a favourite female prosecutor of Kusakabe to quit in the 8th episode of season 15. The suspect Hirai Akira will be played by Nakamura Shunsuke.