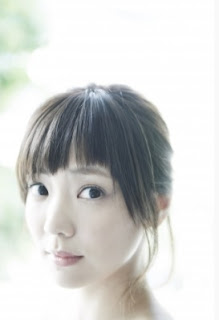 Kurashina Kana will be starring in the new NHK BS Premium drama SP from Hyogo titled "Attamaru Utopia" (Warming Up Utopia) which will be shown at 10pm on 24 January 2018. The drama is set at Kinosaki Onsen located in Toyooka City, Hyogo Prefecture, which is featured in the short story "Kinosaki nite"by Shiga Naoya where there is a line saying that there is hardly any difference between living and dying despite the impression that they are at two ends of the spectrum. The drama will also feature the Kinosaki Onsen Kaidan Matsuri which is a horror event held at Toyooka in September.

The story talks about three women who find it tough to survive in the modern society and try to find a place where they can belong to. Kurashina plays the role of Takamiya Iori who was born and raised in Kobe and experienced the Hanshin Awaji Earthquake when she was 8 years old. She used to dream of being a novelist when she was in senior high school and gave up somehow along the way to become a bank employee. However, she could not stay long in her job and later moves to Toyooka where she attends a boarding school to undergo training as a bag maker. Hori Haruna plays Shirotono Ren who is a senior high school student and the only daughter of a family who manages a ryokan in Kinosaki Onsen while Ayaka Wilson plays Lala who works at Kinosaki International Art Centre after moving to Japan with her famous dancer husband. Watabe Gota will play Katsuoka Yuuto who is the only son of a fishmonger family and is Ren's boyfriend.

The producer Kyota Mitsuhiro explained that Shiga's novel talked about the concept of life and death actually being the same thing just that they are on different sides which is similar to how people and their loved ones may be affected by disasters at any time. As Kurashina herself went through a similar experience when her hometown was affected by the Kumamoto earthquake last year, they offered the role to her so that she could use her own feelings to convey Iori's thoughts at the same time. Kurashima commented that she had also tried to find the answer of where she could belong to through playing Iori and expressed her thanks for being able to participate in this drama.