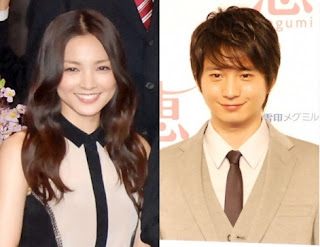 Kuninaka Ryoko who is married to Mukai Osamu, announced her second pregnancy through her official website on 25 September and revealed that she had just passed her first trimester. Mukai also followed up with a message on his agency's Facebook page announcing the news. Their joint statement mentioned that Kuninaka is doing well but it is an important period for her so they called for everyone's continued warm support and advice going forward.

Mukai and Kuninaka got married in December 2014 and their first son was born in September 2015.