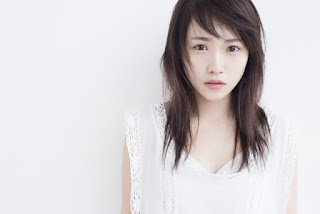 Kawaei Rina will be taking on her first leading role in the new movie "Koi no Shizuku" which will be filmed at Saijo in Hiroshima Prefecture, one of the top 3 brewery locations in Japan. The story will feature the charm of Japanese wine as an agricultural university student falls in love for the first time. The movie will be shown next year.

Kawaei plays the lead character Tachibana Shiori who aspires to go to a winery for her internship but gets sent to a traditional Japanese wine brewery in Hiroshima. She meets the brewery owner's son who has no motivation to work in the family business while the owner is hiding his sickness. Under the strict supervision of the master brewer and experiencing how the brewery grows and harvests the rice for the wine it makes, Shiori keeps making mistakes during the process. When the owner passes away, his son finally wakes up to the crisis facing the family business and she later falls in love with him. Co-stars include Gekidan EXILE's Onozuka Hayato who will play Kawaei's love interest, Miyaji Mao, Aoki Tsunenori, Warabino Tomoya, Tsuda Kanji and Koichi Mantaro.

The director Segi Naoki explained that the process of making wine where rice and water are combined is similar to when a man and a woman meet and fall in love. As both processes are partly dependent on the will of God, he hopes that the movie will let the viewers know more about the world of making Japanese wine and be in the mood for drinking and love after leaving the cinema.