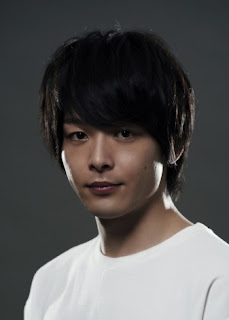 The supporting cast line-up of TV Tokyo Autumn 2017 drama "Shinjuku Seven" starring Ueda Tatsuya had been announced. The drama will be starting from 13 October 2017 in the Fridays 12.12am timeslot.

The drama which is based on the same-titled manga currently serialised in "Manga Goraku Special", is set at Kabukicho in Shinjuku where the lead character Nanase (Ueda) owns a pawnshop and is known for having a keen eye to determine whether an item is the real thing or a fake and its value. While appraising these items, he also gets involved in various incidents and trouble due to his clients. This will also be one of the rare instances where a TV Tokyo drama will head overseas for filming.

Nakamura Tomoya will be playing Ohno Kenta, an intern learning the appraisal trade from Nanase while Ohno Ito will be playing Mizuki Hana who appears before Nanase and Kenta after she has lost her memory. Natsuki Mari will play Shinobu, the owner of the gyoza restaurant which Nanase frequents and Nonami will play Hosho Erika, the mamasan of a Korean bar named Erudorado. Kudo Ayano plays Kaede who works at the bar while Shimada Kyusaku plays Wang, a gangster who takes charge of the Kabukicho area. Last but not least, Tanaka Tetsushi will play a police detective Kondo Akihito who will do anything to achieve his aim.