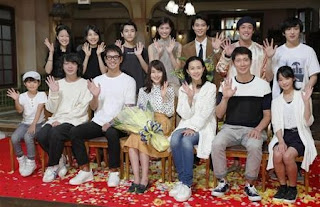 The drama started on 29 June 2016 with the announcement of the heroine while the early filming began from 27 September and the full filming started from 2 November. Arimura commented that it had been about a year that she had become Yatabe Mineko and spent the whole time thinking about the drama. Although she had been worried about being the heroine of a morning drama, she was eagerly anticipating the start of the filming. Arimura remarked that she managed to get through the past year not by her own effort only but with the help of everyone around her so being able to be in the world of "Hiyokko" and become Mineko was something she was proud of and thankful for.

The ratings of the drama did not start off on a high note with the ratings of its first episode going below 20% as compared to the past 9 works. However, the ratings went up gradually and passed the 20% mark eventually. The last episode will be shown on 30 September.