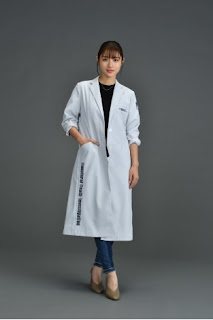 Ishihara Satomi will be starring in the TBS Winter 2018 drama "Unnatural" which will begin its run from January next year in the Fridays 10pm timeslot. The original story will be written by Nogi Akiko who was responsible for the hit drama "Nigeru wa haji daga yaku ni tatsu".

The drama will be set at the newly-established UDI Laboratory which is tasked to investigate unnatural death cases. Ishihara plays a 33-year-old forensic pathologist Misumi Mikoto who specialises in investigating the death causes of corpses brought to UDI and is a very rational person who thinks that death means the end of everything and there is no such thing as a beautiful death in the world.

Ishihara revealed that she has always loved watching medical dramas since she was a child and is very excited about acting in this original story from Nogi. As such, she will try her best to take on the filming and show the struggles her character is facing due to her pride and difficulty in relying on others.

Co-stars will include Iura Arata who plays a fellow forensic pathologist Nakadou Kei and has a bad attitude, Kubota Masataka who plays a part-time record assistant Hisabe Rokurou and is very skillful when it comes to the Internet and gadgets, Ichikawa Mikako who plays Shouji Yuko, a lab technician and good friends with Mikoto and Matsushige Yutaka who plays the director of the laboratory Kamikura Yasuo and struggles to control his team members. Among her co-stars, Kubota is the only one who has never worked with Ishihara but she is confident and reassured that they will work well together along with Iura, Ichikawa and Matsushige.