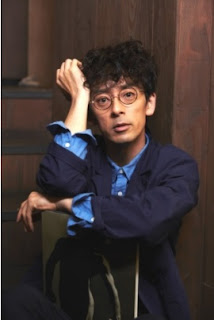 Takito Kenichi will be appearing in the new TV Asahi Autumn 2017 drama "Juuyou Sankounin Tantei" which will begin its run from October in the Fridays 11.15pm timeslot. The drama is based on the same-titled manga by Kinuta Murako which is currently being serialised in "Gekkan Flowers" and features Tamamori Yuta, Koyama Keiichiro and Furukawa Yuuki in its cast.

Tamamori plays the lead character Maneki Kei who is a model. By a strange stroke of fate, he always becomes the first person to discover the body at a murder crime scene and is constantly seen as a suspect due to the uncanny coincidence. Koyama plays Suou Itsuki while Furukawa plays Simon Touma who are also models and join Kei in solving these murder cases in a comedic and straightforward way. Araki Yuuko plays the role of Saotome Karin who is a detective working in the 1st section of Metropolitan Police Department and the former girlfriend of Kei.

Takito will be playing the character Namie Shinosuke who is the president of the model agency managing Kei, Itsuki and Touma and is somewhat effeminate. As this is the first time that Takito is playing this type of character, Takito commented that he is looking forward to spending a good time with his co-stars and staff while filming this drama.