Mitsushima Shinnosuke confirms his divorce in June this year 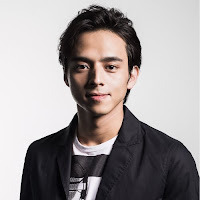 Mitsushima Shinnosuke confirmed news of his divorce in June this year through his agency as reported in the 7th September issue of "Shuukan Bunshun". He got married to his elder sister Mitsushima Hikari's former manager who is 7 years older than him about 3 years ago at the end of 2014.

According to the report, Mitsushima and his ex-wife Tamai finalised their divorce on 17 June this year. Although there were suggestions that their divorce was partly due to Mitsushima being reported in the media in March 2017 for having supposedly visited a love hotel with a prostitute in February this year, the fact that he had moved out of their home back in February last year with the reason that he couldn't continue with the marriage suggested that the breakdown of their relationship should be due to other reasons. When Mitsushima's agency was asked about the separation and subsequent divorce, they said that Mitsushima had commented at the time of the divorce that it would have been better if they had taken the time to know each other better before rushing into marriage.

Tamai had been the manager of Mitsushima Hikari for a long time and were close friends while her elder sister is actress Tamai Yuumi. However, Tamai was said to have quit her job after her marriage at the request of her husband and is working part-time at a confectionery shop now. When the magazine interviewed Tamai's mother, she didn't go into details what led to the breakup but commented that her ex-son-in-law was probably looking for someone who could take care of him like a mother and that there might have been some changes in his environment brought about his expanding social circle and his flourishing career.

Mitsushima had no plans to become an actor initially when he came to Tokyo from Okinawa after graduating from senior high school. However, after touring around Japan on bicycle, he came to know about his sister's success as an actress and decided to follow in her footsteps. His most recent movies include "Sandome no Satsujin" and "Sanposuru Shinryakusha" which are currently being screened in cinemas.