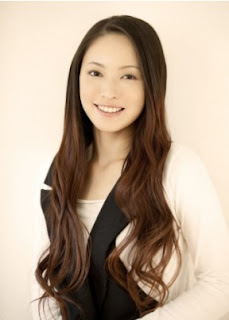 Suenaga Haruka who is married to 2004 Olympic judo gold medalist Izumi Hiroshi, announced her first pregnancy through her blog on 11 Sep. In her statement, she revealed that she is already 7 months' pregnant and her condition has been fine so far without severe morning sickness nor discomfort and thanked her child for being kind to her during this period. She is due to give birth in December this year and said that she and her husband are looking forward to the baby's arrival as they prepare for parenthood in the meantime.

Izumi and Suenaga got married on 22 February 2014 after dating for three and a half years. Suenaga started as a child actress and has appeared in many dramas and movies to date.