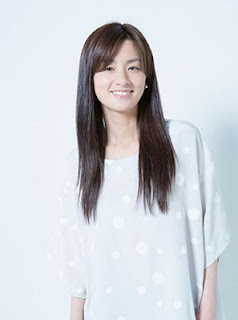 Ono Machiko announced her divorce from her husband of two years recently through a statement released by her agency on 10 September. It was mentioned that the couple who got married in July 2015 had cited differences in their values as the reason for their divorce and they had filed their divorce application just days earlier. Ono's ex-husband is the vice president of LDH JAPAN which manages artistes like EXILE, Sandaime J Soul Brothers and E-girls and the couple met in the summer of 2014 when she worked with an artiste from his agency. However, their busy schedules made it difficult for them to spend time together as Ono had 4 movies and 3 dramas last year alone and her ex-husband had an increased number of many business trips to the US, Europe and Asia due to his company's expansion plans. Although they tried to bridge their differences and make an effort to improve their relationship, it was in vain at the end. The couple do not have any children and there will be no alimony payments.

In her statement, Ono said that although two years was a very short period of time, the two of them decided to go their separate ways after talking things out. Although it was stimulating for each other to be together, this was not enough to keep them as a married couple. What she had desired was not the same as what he desired so by embarking on their new journeys, they hoped that they would become happier. She expressed gratitude for having been married to him even for a short while and pledged to move forward with this thought in mind. She also apologised to everyone who had been supportive of them for having to break this sad news to them but said that the two of them will continue working hard in their respective fields.