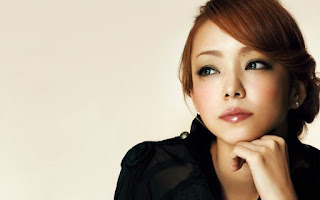 Amuro Namie who is celebrating her 40th birthday today i.e. 20th September, made a surprise announcement on her official website that she will be retiring from showbiz as of 16 September 2018. Here is the translation of her statement:

To all my fans, thank you for supporting me all this while.

I was able to reach my 25th debut anniversary on 16 September without a hitch. With everyone's support and encouragement, I am grateful to be able to reach this milestone and would like to thank everyone from the bottom of my heart. Thank you very much.

Today, I would like to write about my thoughts which I had been having for a long while on this special day.

I, Amuro Namie, have decided to retire as of 16 September 2018 and would like to make use of this channel to announce this to everyone.

In this year until my retirement, I will do my best for my album and concerts so as to spend the time in the most meaningful way. In this way, I will then be able to head towards 16 September 2018 in the best way which represents who I am.

Everyone, I hope that you will continue to support Amuro Namie's last year in showbiz.

Amuro made her debut in 1992 as a member of the group Super Monkeys before she made her solo debut in 1995 with the song "TRY ME". She has released many million-sellers over the years and was awarded with the Nippon Record Taisho in 1996 for her song "Don't wanna cry" which made her the youngest winner then. She managed to get the same award in 1997 with her hit song "CAN YOU CELEBRATE?" which was released before she married trf's dancer SAM in the same year and gave birth to their son. The couple divorced in 2002.