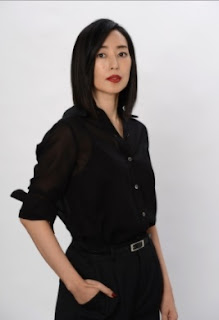 Kimura Tae will be starring in the new NTV Autumn 2017 drama "Black Revenge" which will begin its run from 5 October in the Thursdays 11.59pm timeslot. This will be her first leading role in a private network drama and the story will be written under the direction of journalist Nakamura Ryutaro who used to be the ace reporter of Shuukan Bunshun.

Kimura will be playing a capable report writer Saori who works for a weekly magazine on a contract basis. Her husband is driven to commit suicide due to a baseless scandal so Saori tries to find the culprits who are responsible for this and take revenge for her late husband. Co-stars include Sato Jiro, Horii Arata, Okano Maya, Nakamura Eriko and Suzuki Sawa.

Kimura who is well-known for her unfortunate characters in the past, said that this is the first time she is playing such a role where her fury, weakness and sadness have to be expressed openly even though her characters to date tend to be more restrained. She also revealed that Saori has a signature line at the end of each episode i.e. "hone no zui made enjoushinasai" which means "you should go up in flames and burn until the marrow of your bones". As such, she called upon viewers to check out how Saori goes about trying to achieve her goal and say this signature line to her enemies.


In order to prepare for the role, Kimura cut her hair by 25cm and will be wearing dark-coloured clothes with bright red lipstick as shown in the newly released image photo. A special video before the drama's broadcast will be shown via the drama's official website, Twitter and Instagram pages from 7 September.