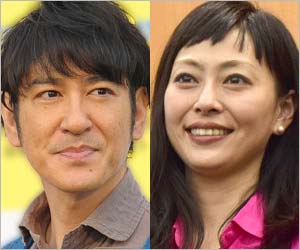 Comedian duo Cocorico's Tanaka Naoki announced through his agency on 2 May that he had divorced his actress-wife Kohinata Shie. The paperwork for the divorce had been completed and Tanaka will have custody of their two sons. In his handwritten statement, Tanaka apologised for causing concern with his sudden divorce announcement and stressed that they reached this decision after repeated discussions. Although they are no longer husband and wife, they are still parents to their children and will continue fulfilling their responsibilities. Tanaka and Kohinata got married in June 2003 and their sons were born in June 2004 and April 2008.