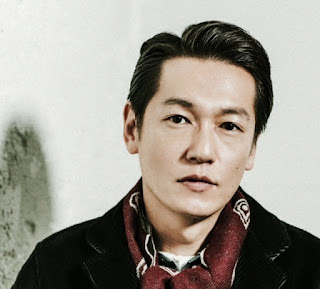 Iura Arata will be starring in the new NHK BS Premium Drama SP "Henkan Koushounin - Itsuka, Okinawa wo torimodosu -" (Restoration Negotiator - Someday, we will get back Okinawa) which will be shown in August. Filming begins in the middle of May and will be wrapped up in mid June.

The story is based on the novel "Boku wa Okinawa wo torimodoshitai Isshoku no Gaikoukan Chiba Kazuo" by Miyagawa Tetsushi which features Chiba Kazuo who was one of the key persons negotiating the return of Okinawa to Japan after World War II. Iura plays Chiba who used to be a communications solder in the navy during the war and could only listen to the wireless communications of the US army as they attacked Okinawa. After the war, he became a diplomat and made a pledge to his wife Keiko (Toda Naho) that he will get back Okinawa one day from the Americans who occupied it and used it as a base for the Vietnam war.