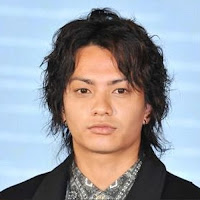 Former KAT-TUN member Tanaka Koki was arrested by Shibuya Police Station on 24 May for possession of marijuana where he denied that the drugs belonged to him. According to the police station, Tanaka was caught in possession of the marijuana at 6.50pm that day. When the policemen on patrol drove near his car, they noticed that he tried to accelerate immediately to pass them which led to him being stopped for routine questioning at Dogenzaka. It was then discovered that there was a small amount of dried marijuana and paper used for inhaling it in the space between the driver's and front seat of his car. Tanaka testified to the police that he was driving around the area to look for a parking lot before meeting his friend and denied that he owned the drugs.

Tanaka entered Johnny's Jimusho in 1998 and made his debut with the group KAT-TUN in April 2011. However, his contract was terminated in September 2013 for his repeated violation of rules set by his agency such as engaging in music activities without permission. Since then, Tanaka has been the vocalist or rock band INKT which had just released its latest album "square" on 3 May. According to INKT's agency, the band and Tanaka himself will suspend their activities for the time being while investigations are underway. The band was supposed to be holding release events for the album such as at Aeon Mall in Suzuka, Mie, on 26 May and in the midst of its concert tours since 4 March. The 48 performances were supposed to be completed by July this year. All in-store events featuring the band at TOWER Records will also be cancelled.

Coincidentally, Tanaka had gone through a surprise urine test for stimulants last July on the BS Sky Perfect! TV programme "Tamura Atsushi no Chijouha de wa dame! Zettai!" where he was certified to be clean. This test was apparently initiated due to some tabloid reports then which hinted at Tanaka being a drug abuser thus leading to his friend Tamura suggesting the test to make things clear once and for all.