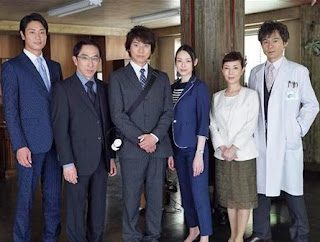 Kamikawa Takaya will be starring in TV Asahi Summer 2017 drama "Iryu Sousa 4" which will begin its run from July in the Thursdays 8pm timeslot. The drama first began in 2011 and subsequently had two other series in 2012 and 2013 and 4 SPs.

Kamikawa plays the lead character Itomura Satoshi who is a police officer using leads from things left behind at crime scenes to solve cases. In this latest installment set in Kyoto, he will be joined by new colleagues played by Kuriyama Chiaki, Danta Yasunori, Toda Keiko, Nagai Masaru and Komoto Masahiro.