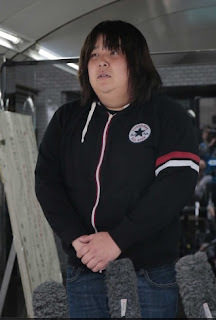 Comedian Galigali Galixon who was arrested for drink-driving, will have his scenes in the upcoming movie "Gintama" removed before the film is screened in cinemas from 14 July as announced by key investor TV Tokyo. The movie directed by Fukuda Yuichi and starring Oguri Shun, features Galixon in a small number of scenes. Following news of his arrest, meetings between the production committee members and distribution movie company Warner Brothers were held before a decision was made to exclude him from the movie with no change to the release date. Another actor will be chosen to play his role and the new scenes are to be inserted into the movie.