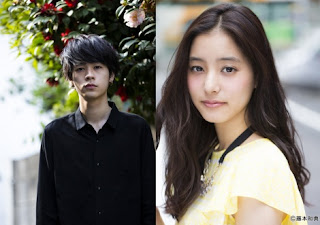 The supporting cast line-up of FujiTV Summer 2017 drama "Code Blue ~ Doctor Heli Kinkyuu Kyuumei ~ THE THIRD SEASON" has been announced. The drama which will be shown in the Mondays 9pm timeslot from July 2017, began in the summer of 2008 with a SP and season 2 subsequently shown in Winter 2010 so the new season will describe what happens to the 5 main characters 7 years later after Season 2. In the latest installment, Aizawa Kousaku (Yamashita Tomohisa) who had left the emergency centre at Shohoku, is working as a neurosurgeon now and busy with operations every day. Shiraishi Megumi (Aragaki Yui) continues to work as a flight doctor at Shohoku which is facing a manpower crunch and is already the staff leader of the flight doctors team. Hiyama Mihoko (Toda Erika) left Shohoku and becomes a gynaecologist at a perinatal medical centre while Saejima Haruka (Higa Manami) is doing well as a flight nurse. Last but not least, Fujikawa Kazuo (Asari Yousuke) is working as an emergency centre doctor specialising in plastic surgery and supports Shiraishi's team as well.

Hey! Say! JUMP's Arioka Daiki, Narita Ryo and Araki Yuuko will be playing new medical interns who are assigned to the emergency centre for training to become future flight doctors while Baba Fumika will play an aspiring flight nurse. Arima's character Natori Souma is the only son and heir of a general hospital and this will be his first appearance in a Getsuku drama since Spring 2005's "Engine" starring Kimura Takuya. Araki and Baba were chosen for their roles after an audition. Shiina Kippei will play Tachibana Keisuke, the director of the emergency centre while Ando Masanobu will play Shinkai Hiroki, a neurosurgeon who is fighting with Aizawa for a posting to Toronto University to be a resident doctor in their top-notch neurosurgery department.