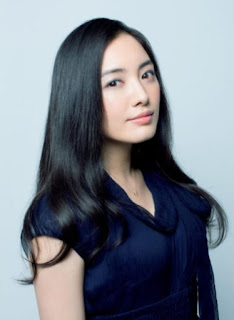 Nakama Yukie will be making her "appearance" officially in the 7th episode of FujiTV Spring 2017 drama "Kizoku Tantei" which is due to be shown on 29 May. To date, her voice had been heard as the audio assistant service "Giri" on newbie detective Takatoku Aika's (Takei Emi) smartphone but she will be appearing as a mysterious servant of Kizoku Tantei played by Aiba Masaki.

In the previous episode i.e. Ep 6, Kizoku Tantei (Aiba) was hinted to be the killer of Aika's mentor Kitami Kiriko (Igawa Haruka). As such, in the following episode, what happened one year ago between Kizoku Tantei and Kiriko will be revealed as the story enters its final arc.

"To date, her voice had been heard as the audio assistant service Giri"

I read an article about this after the first episode was shown in Japan but honestly speaking, if not for that, I don't think I would have noticed too unless I saw her name in the ending credits! ^__^

I thought for some time that Giri HAD to be her, but truly, that's not her voice! o_o