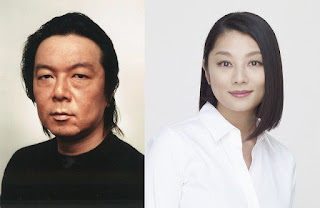 Furuta Arata and Koike Eiko will be starring in the upcoming TV Tokyo Summer 2017 drama "Shimokitazawa Diehard" which will begin its run from July in the Fridays 12.12am timeslot via TV Tokyo, TV Hokkaido, TV Aichi, TV Setouchi and TVQ Kyushu. As for TV Osaka, it will be showing the drama one week after the first O.A at 12.12am on Mondays. The comedic drama features the two of them as navigators for 11 stories written by 11 different scriptwriters with a common theme of someone's worst day in his/her life happening in Shimokitazawa. Furuta will play a regular customer of a bar managed by Koike's character where the two of them talk about the stories. The 11 scriptwriters who will be participating in this drama include Ueda Makoto, Enomoto Gurimu, Kiyasu Kohei, Saijo Mitsutoshi, Shiba Yukio, Nemoto Shuko, Hosokawa Toru, Fukuhara Mitsunori, Matsui Shu, Maruo Maruichiro and Miura Naoyuki.

Furuta commented that he was impressed with how TV Tokyo managed to come up with such a project involving 11 scriptwriters. As Shimokitazawa is a place known for its many small-sized theatres, Furuta who is actively involved in stage plays, revealed that he's in the area almost every day so he is so familiar with the shooting locations. Nonetheless, he would still like to be able to uncover new places in the area which can become hot spots after the drama is aired. In addition, he is looking forward to be able to go for drinks after the end of each filming day and called upon viewers to check out this drama as he has confidence in the quality of the stories.

As for Koike, she expressed her excitement at being offered the chance to take part in this challenging project and hope to be a nice spice to the vastly different 11 stories. Her impression of Shimokitazawa is that it is a place with a nice blend of old and new elements so she hopes that the drama will convey the unique atmosphere of the area and make more people interested in checking out the place. She is also looking forward to be able to work with Furuta in this drama.