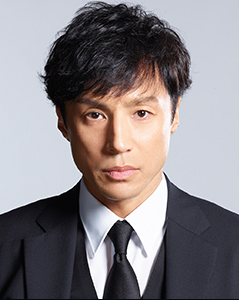 Higashiyama Noriyuki will be back to reprise his role in the TV Asahi Summer 2017 drama "Keiji Shichinin 3" along with regular cast members Takashima Masahiro, Kataoka Ainosuke, Kurashina Kana, Tsukamoto Takashi, Yoshida Kotaro and Kitaoji Kinya. The drama is the third installment in the series which first began in 2015 and will be shown in the Wednesdays 9pm timeslot.

At the end of the last season, Katagiri Masatoshi (Yoshida), the chief of the general affairs section, declared the disbanding of the Betsudou Sousatai even though he did mention that there is a big job waiting for the 7 of them. This time, with the increase in criminal activity in the Tokyo Waterfront area, Katagiri becomes the chief of the Juuichi Houmen Honbu Junbishitsu to lead everyone in resolving cases from this area which is becoming the new battleground for people interested in the gains that come with the area's development before 2020. In addition, the truth behind the deaths of Amagi's wife and daughter 12 years in the waterfront area will also come to light in the sequel.

Higashiyama commented that although he is happy to be given the chance to play the lead character again, he is even more thrilled by the fact that the drama has entered its third season which is rare in this time and era. After what they had built up in the first two seasons, he hopes that they can show off different sides of the characters this time. In addition, Higashiyama expressed anticipation and joy that they were able to gather everyone back for the sequel and is eagerly awaiting to see what sparks will fly between them.