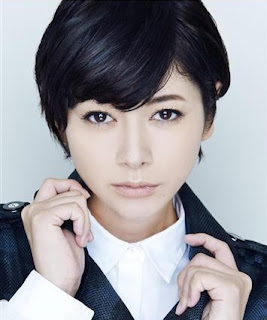 Maki Youko will be starring in the new FujiTV Summer 2017 drama "Seshiru no Mokuromi" (Cecile's Plot) which will begin its run from July in the Thursdays 10pm timeslot. The drama which is based on the same-titled novel by Yuikawa Kei, marks Maki's first leading role in a drama in 2 years. The name Cecile in the title comes from the French novel Bonjour Tristesse by Françoise Sagan where a young girl with good looks plots something sinister as she grapples with the struggles and troubles of being a woman.

The story features Maki as the lead character Nao who is a housewife and has not been paying much attention to her appearance for a long time as she is caught up with taking care of her husband and son who is in the first year of junior high school. By chance, she is scouted to become a readers' model by a fashion magazine Vanity where she comes face to face with jealousy, the need to keep up appearances and rivalry in this industry. Through her interaction with various women in different life situations, she undergoes a transformation both externally and psychologically. Co-stars include Kichise Michiko who plays Hamaguchi Yukako, the No.1 charismatic model grappling with loneliness, Ito Ayumi who is Okita Eri, a single freelance writer worried about her future and is the one who scouted Nao as well as Itaya Yuka who plays the chief editor of Vanity named Kurosawa Junko and Hasegawa Kyoko as Yasunaga Maiko who used to be the No.2 model at Vanity and is a commentator appearing on TV programmes now.

Maki who has a 8-year-old daughter in real-life, said that she can identify with the challenges faced by working mothers but hopes that she will be able to show via this drama that the people who look like they are living a good life stick to their own principles and live by their own means in different ways.