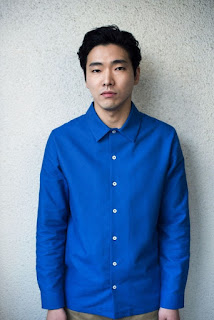 Emoto Tasuku will be starring in the new movie "Suteki na Dynamite Scandal" (The splendid dynamite scandal) which is based on the essay compilation about the life of Suei Akira who is a writer and had been the chief editor of publishing house Byakuya Shobou. The movie which is directed by Tominaga Masanori, will describe the turbulent and eventful life of Suei to date such as how his birth mother committed suicide when he was a child after an extramarital affair with her neighbour, his resignation from the factory he worked at after senior high school and movin to Tokyo as well as how he set up the legendary erotic magazines "Weekend Super" and "Shashin Jidai" with photographer Araki Nobuyoshi in the 1980s.

Suei revealed that he had been approached by the director 5 years ago about the adaptation of his book which he didn't think would materialise given how many events had taken place in his messy life. However, it made him very happy that the project could proceed after all this time with such a fine cast and staff line-up.

Emoto who is playing Suei himself, said that while having to bear with this pressure of doing so, he was able to get through the filming which was done between March and April this year. In fact, he enjoyed himself so much that he couldn't remember much about what he did. Emoto revealed that before he met Suei in person, he always thought of him as a gentle middle-aged man but later found out that the latter had sharp eyes which seemed to be able to see through people. Likewise, the director Tominaga also had a similar strength in his eyes as if he was plotting something all the time in his mind. Although Emoto felt intimidated to be stared at by them, he still enjoyed the filming a lot.

The movie will be shown in cinemas in spring 2018. In conjunction with this, the original essay book published in 1982 will be reprinted for the 4th time on 26 May and released with Suei's two new books "Dynamite Jinsei Soudan" and "Kekkon".