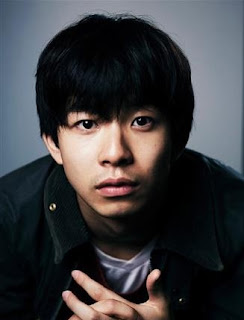 Taiga will be starring in the new NHK drama SP "1942 nen no Play Ball" (The Play Ball of the year 1942) which will be shown in mid August. This will be his first leading role in a NHK drama.

The story is about the legendary baseball player Noguchi Jiro (1919 - 2007) who was regarded as the pioneer Nitouryuu (a baseball player who could play as both pitcher and fielder) in Japanese baseball history. His excellent pitching skills placed him as one of the best pitchers before WWII and his strong stamina gave him the nickname of "Tetsuwan" (Iron Arm). He had 237 wins and earned 830 base hits in his entire career. Together with his elder brother Akira and two younger brothers Noboru and Wataru, the Noguchi siblings who were all professional baseball players, had a deep bond between themselves as they lived through the turbulent times before and after the war.

Co-stars include Katsuji Ryo who plays Akira, Saito Yoshiki who plays Noboru, Fukuyama Kohei who plays Wataru and Kutsuna Shiori who plays Kimiko, Akira's fiancee. The script will be written by Yatsu Hiroyuki who has worked on dramas such as "Hanzawa Naoki" and "Shitamachi Rocket".