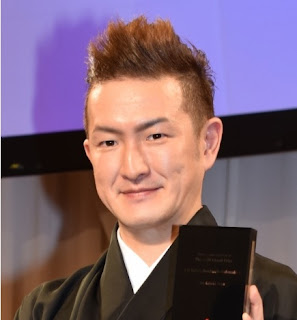 Nakamura Shido announced through a handwritten statement on 18 May that he is suffering from the first stage of pulmonary adenocarcinoma. As a result, he will be undergoing surgery and will quit from a stage play which is due to be performed in June and July. For the afternoon performances of June's "Sugawara Denjute Narai Kagami Kurumabiki", Nakamura Hashinosuke will be standing in for Nakamura while the evening performances of "Shinshuu Kawanakajima Kassen Terutora Haizen" and "Kousukemochi" will be performed by Nakamura Kanjiro and Nakamura Kikaku respectively.

In Nakamura's statement, he revealed that he goes through an annual medical check-up and it was almost a miracle that his illness could be detected at such an early stage. According to his doctor, Nakamura is expected to recover fully after surgery. He pledged to fight his illness and return in a perfect condition and put up an even better performance for everyone. Nakamura apologised for the worry caused to everyone who has been supportive of him to date and will wrap up his outstanding work before he is hospitalised for the surgery. Much as he is reluctant to, he has to skip the kabuki performances in Hakata and Tokyo in the next two months and expressed his apologies to those who are eagerly anticipating these performances. At the end of the statement, Nakamura asked for some time to be given in the meantime as he goes through treatment and make a full recovery.