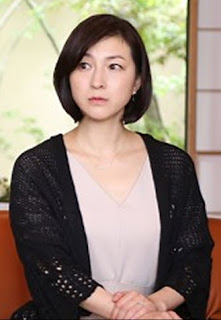 Hirosue Ryoko will be the guest star in Ep 7 of FujiTV Spring 2017 drama "Kizoku Tantei" which will be shown on 29 May. This will be her first collaboration with the lead Aiba Masaki and her first appearance in a Getsuku drama since her guest appearance in the 3rd episode of "Galileo" on 29 Oct 2007.

Hirosue plays the role of Tokura Mitsue, the second wife of Tokura Kenichi, the president of a major electronic parts manufacturing company. Kenichi lost his wife 15 years ago and has been assisted by his secretary Hatade Masako (Moriguchi Yoko) at work and in private and his children are supportive of them getting married. However, Kenichi surprises everyone by getting married to Mitsue who used to be a hostess working in Ginza and he even commits suicide 6 months later. This leads Kenichi's children to believe that Mitsue is the murderer and she wants to take over the family fortune thus they approach the detective agency to engage Takatoku Aika's (Takei Emi) services to investigate the case.

Hirosue commented that she is very excited about being able to work with such a star-studded cast and was shocked when she got the offer to play this character. As for her impression of Aiba, she said that he usually has this refreshing and bright image but it will be fun seeing him as a cool noble and facing off with him in the drama.

From the latest preview it seems its a flashback episode. They approached Igawa Haruka's character as the original detective / senpai for Aika's agency.