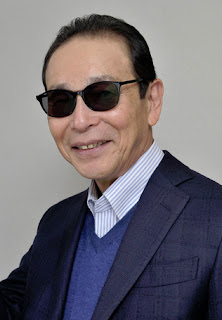 TBS variety show "Suiyoubi no Downtown" announced the results of their survey to find out who is the most well-known Japanese celebrity during their 1 November broadcast. The survey was conducted by compiling a list of 1,000 famous people from various fields and polling 2,000 men and women in their teens to 70s according to the proportion of each age bracket in the Japanese population. The survey was done either via street interviews or questionnaires done by a research company. Respondents were shown the pictures of the celebrities and asked for their names which was then used to compile the awareness percentage as shown in the results below (in brackets behind the celebrity's name). However, the imperial family and celebrities who had already passed away were excluded from the preset list.


Here are the results in descending order with the occupations of the celebrities indicated behind their names. The percentages within the brackets indicate the proportion of respondents who were able to name the celebrity after seeing his/her photo:

Some other observations highlighted in the survey:

Did you disable people from highlighting/copying your words? That's great!Now it'll won't be as easy for others to steal your work.

OT, they polled this according to proportion of age brackets. Percentage of the old must be high. No wonder the results look so old, like who cares about Kato Cha or Dewi Sukarno? People knowing the names don't mean they are popular. I prefer Nikkei's Power Ranking because of the 2 axis.