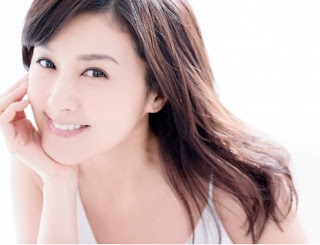 Fujiwara Norika will be starring in the new NTV Christmas drama SP "Nemurenu Shinju ~ Mada koi shitemo ii desuka? ~" (The sleepless pearl ~ is it fine for me to still fall in love? ~) which will be shown in two parts at 11.59pm on 21st and 28th December respectively. This will be her first appearance in a private network drama since she got married to Kataoka Ainosuke in March last year.


The story which is based on the romance novel by Ishida Ira, features Fujiwara as Uchida Sayoko, a 45-year-old single artist living at a seaside home-cum-atelier who is having issues with the physical and psychological changes brought about by menopause. She is having an affair with Miyake Takuji (Masu Takeshi), who is an art dealer older than her but doesn't know that he is having another affair with the much younger Fukuzaki Ayumi (Mizusawa Erena) who tries to get close to Sayoko for an ulterior motive. One day, she happens to meet Tokunaga Motoki (Suzuki Nobuyuki) who works as a waiter in a nearby cafe and finds herself increasingly drawn to him despite her reservations about their huge age gap of 17 years. On the other hand, Motoki who had escaped to the seaside town after facing difficulties with his performance in directing commercial films, takes an interest in Sayoko who is a regular customer at the cafe he works and plans to make a documentary based on her. Other co-stars include Sano Hinako who plays Shiina Noa who is a newbie actress cum Motoki's childhood friend and former girlfriend and Asaka Mayumi who plays Nakahara Machie, the owner of Gallery Machie and treats Sayoko like her own younger sister.

Fujiwara commented that she was excited about this romance story especially since Sayoko is about the same age as her and it was interesting to portray her struggles when she found herself in love with a younger man. As many women in their 40s are struggling with menopause, Fujiwara felt that this theme would resonate with them. At first, she didn't think that being in love with an elder or younger person didn't matter so much but there were concerns about the future and various social issues which would make people hold back their feelings. However, in the story, Sayoko was still drawn to Motoki's cheerfulness and frankness even with these reservations so she could identify with how Sayoko felt. As for working with Suzuki, Fujiwara said that this is the first time they have worked together. Nonetheless, she had watched his past performances before and felt that he is a promising young actor with a mix of gentleness and sexiness in his image so he was a perfect fit for the role of Motoki. On the other hand, Suzuki also praised Fujiwara for being very beautiful and charming and expressed his joy about being given a chance to work with her. He pledged to work hard to match up to her and deliver a good drama for everyone.

Filming will begin in the middle of November.