Miyaji Mao announces her marriage to her boyfriend of 14 years 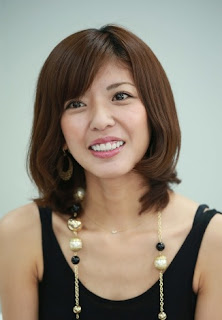 Miyaji Mao announced through her agency on 23 November that she had married her boyfriend of 14 years on the same day which also happened to be her day off. The couple went to a ward office in Tokyo to submit their marriage application together. Although they have yet to decide on when to hold their wedding, the couple is already living together. Miyaji is not pregnant at the moment and will continue working after marriage.


Miyaji and her husband met through mutual friends in 2003 and started dating soon after that. In 2004, their relationship was reported in a tabloid. Her husband appeared during the live broadcast of NTV's "24 Jikan Terebi" in August this year and proposed to Miyaji "live" on TV. In her statement, Miyaji described her husband as someone who is very important to her as they have been together for a long 14 years. As such, she had spent much of her youth with him which became a lifelong love for her. She also expressed her joy at becoming family with her husband who is 7 years older than her and pledged to build a happy family where they can encourage and take care of each other.