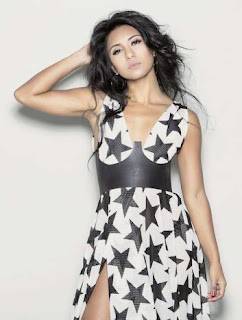 Australian singer Che'Nelle will be singing the theme song for new movie "Konya Romance Gekijou de" starring Ayase Haruka and Sakaguchi Kentaro which will be shown in cinemas from 10 February 2018. The song titled "Kiseki" is based on the theme of two people whose relationship cannot bear fruit but still want to be together. This is the second movie theme song which Che'Nelle has sung since "Believe" for the 2012 movie "BRAVE HEARTS Umizaru".


The fantasy love story features Sakaguchi as a young man named Kenji who dreams of becoming a movie director and Ayase as Miyuki, a "princess" who appears in monochrome movies and is the woman of Kenji's dreams. Although the two has no likelihood of meeting, Miyuki suddenly comes out from her monochrome world into the colourful current era i.e. the 1960s and appears in front of Kenji which leads to them falling in love with each other even though they know that they cannot be together. Co-stars include Honda Tsubasa, Kitamura Kazuki, Nakao Akiyoshi, Ishibashi Anna, Emoto Akira and Kato Go.