Higashide Masahiro & An welcome the arrival of their third child 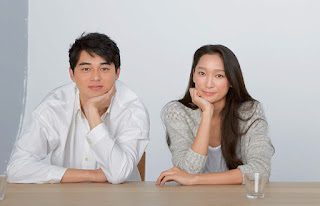 Higashide Masahiro and An welcomed the arrival of their third child i.e. a baby boy in early November as reported in the media on 7 November. The couple who met while playing a married couple in the 2013 NHK morning drama "Gochisousan", got married in real life on New Year's Day 2015 and already have twin daughters who were born in May 2016.