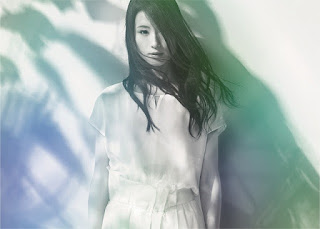 Uru will be singing the theme song for new movie "Aku to kamen no ruuru" starring Tamaki Hiroshi which will be shown in cinemas from 13 January 2018. The song titled "Tsuioku no futari" was written by Uru herself specially for this movie. Uru commented that she used her own interpretation of the world depicted in the movie in a bid to understand the feelings of the characters. In addition, the story had such depth which featured a sad love story and the ugly side of humanity so she was very mindful of not spoiling the feel of the movie with her melody and lyrics. Last but not least, she expressed her joy in being given a chance to sing the theme song for this movie.


Uru set up her official YouTube channel in 2013 where she uploaded videos of herself singing but did not reveal her real name, location, age and even her face in them. She made her official debut in April last year.

Tamaki plays the lead character Kuki Fumihiro who was born into a rich family. The story begins at the time when Fumihiro was only 10 years old and came to know about the secret behind his birth and upbringing. His birth father who was the head of the household told him how he had raised his son with the aim of turning the latter into a personification of evil and "promised" to show him hell on his 14th birthday. However, one year before that, he was made to see hell first hand when Kaori, his father's adopted daughter and whom he liked, was raped in front of him. In order to protect his beloved, Fumihiro killed his father which meant that he was one step closer to the evil which his father wanted him to become. He then disappeared from Kaori's side and took on a new identity as Shintani Koichi who protects Kaori (Araki Yuuko) from the shadows over more than ten years. While doing so, he comes into contact again with the evil in the Kuki family which is now headed by Fumihiro's elder brother Mikihiko (Nakamura Tatsuya), a greater personification of evil.